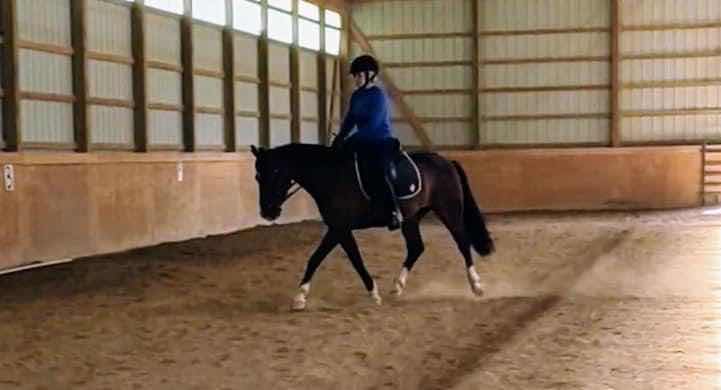 Apologies for the blurry screenshots but I like to document our progress with photos, so it is what it is.  Cruise and I went for lesson 5 Saturday.  He hadn’t been ridden for three days because of ring construction but I decided to go anyway.  He started out a bit up and then had kittens about some jump standards in a doorway and then about running horses outside.  He settled pretty quickly though with some back/down/click/treats, then lunging in side reins, and some groundwork.  I hopped on actually on time for once! 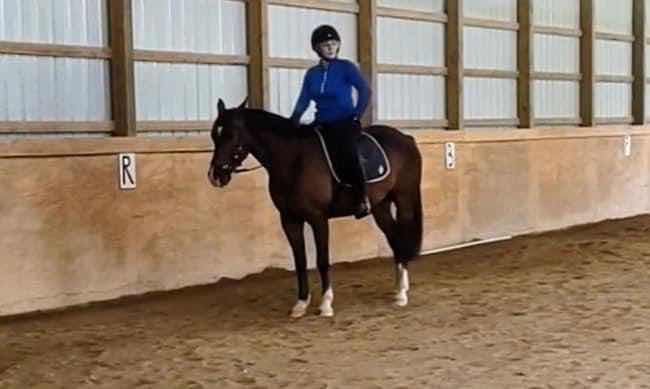 He was still a little tense but good.  SW commented that I tip forward when he is tense.  Irritating but true.  Fixed that and then she gave me a couple of new strategies for when he is a little tense.  She wanted me to keep his feet busy and his brain engaged by doing turn on the forehand, turn on the haunches, and leg yields.  These weren’t technically perfect(some were surprisingly good though!) but he settled right down with a this is like work sigh.  SW had a couple of pointers like less flexion in the TOF, look where I want to go in TOH, and quitting after a few good steps in the leg yield. 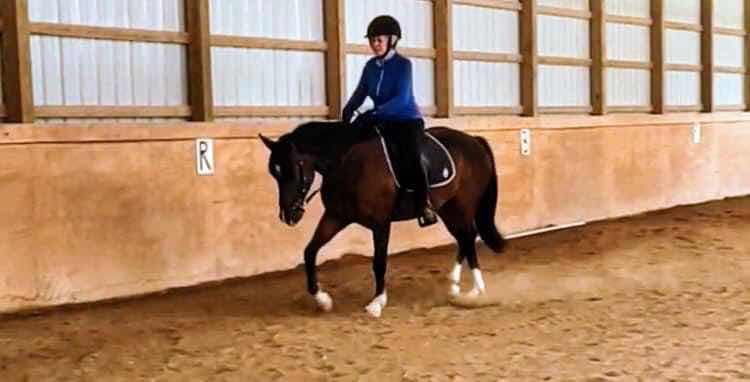 Then we started on a trot circle to check out our biomechanics at the trot(good!) and moved on to trot leg yields from the quarter line.  This was his first time doing them at the trot and we had mixed success.  Some really good steps though, and he was trying really hard to be good.  One helpful pointer was for me to grab mane so as not to fiddle too much with my hands.  These were about at a 50% success rate but I was pleased for a first attempt and gave him lots of praise. 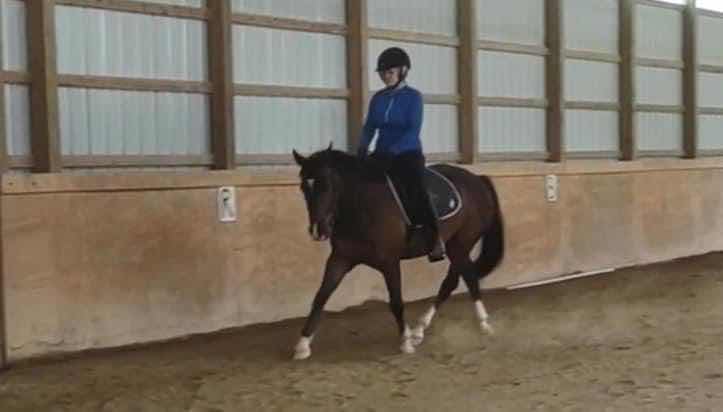 We had a little break where SW and I discussed introducing the canter or going to horse shows(she votes both-I’m not sure!), my persistent position corrections (belt buckle up, leg underneath me, quiet hands), and that I like to look at my steering wheel.  She joked that the last clinic she went to she essentially paid $500 to be told to look up.  Made me feel a little better!  She also pointed out that I need to focus on where I want to go instead of on what he is spooking/looking at to change his focus.  Hmmmm.  Then we moved on to a trot 20m circle figure of eight keeping rhythm, straight on the circle, and with him in balance.  I had really good right to left circle changes of direction but wanted to use my hands too much on left to right.  SW had me grab mane and use my seat instead and everything went much smoother the hard way.  Cruise was about toast by this time, so we got one nice change of direction and called it a day. 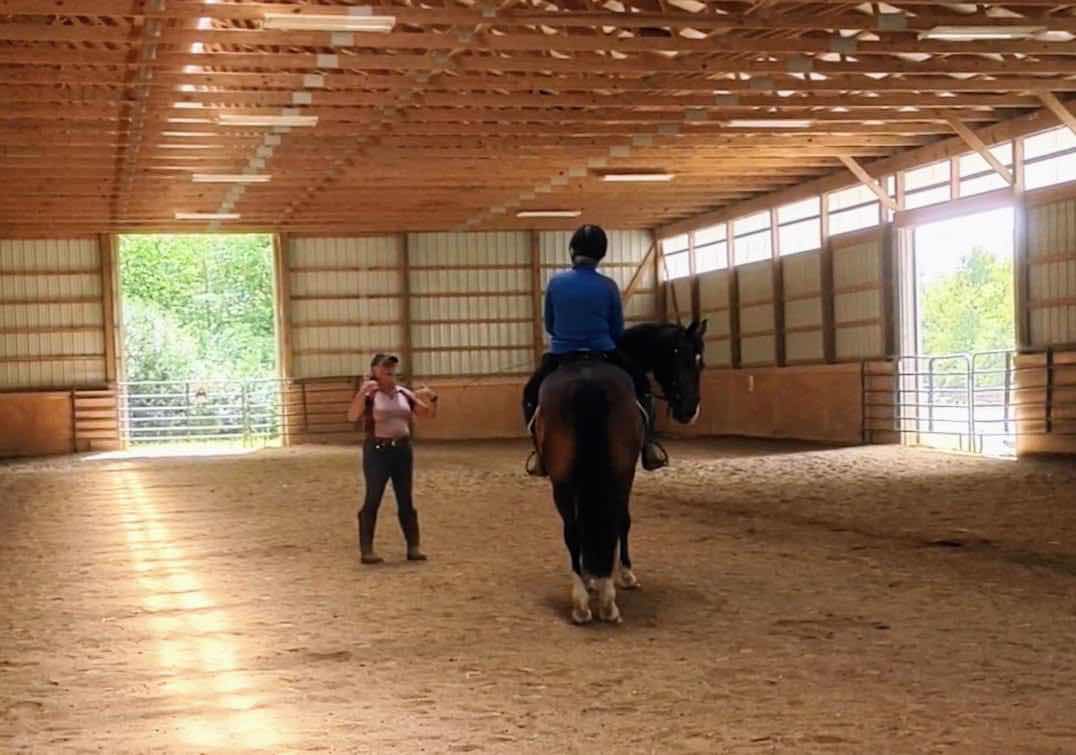 I was so pleased with him.  This was by far the longest ridden lesson he has ever had.  He tried hard, was engaged, and didn’t get flustered while trying new things using the whole ring.  He is such a good boy and I told him so pretty often!  I do love this shot of him looking back at my husband while I was talking to SW.  His expression says, “Do these women EVER stop talking?”


Posted by Exploring Dressage Biomechanics at 9:24:00 AM 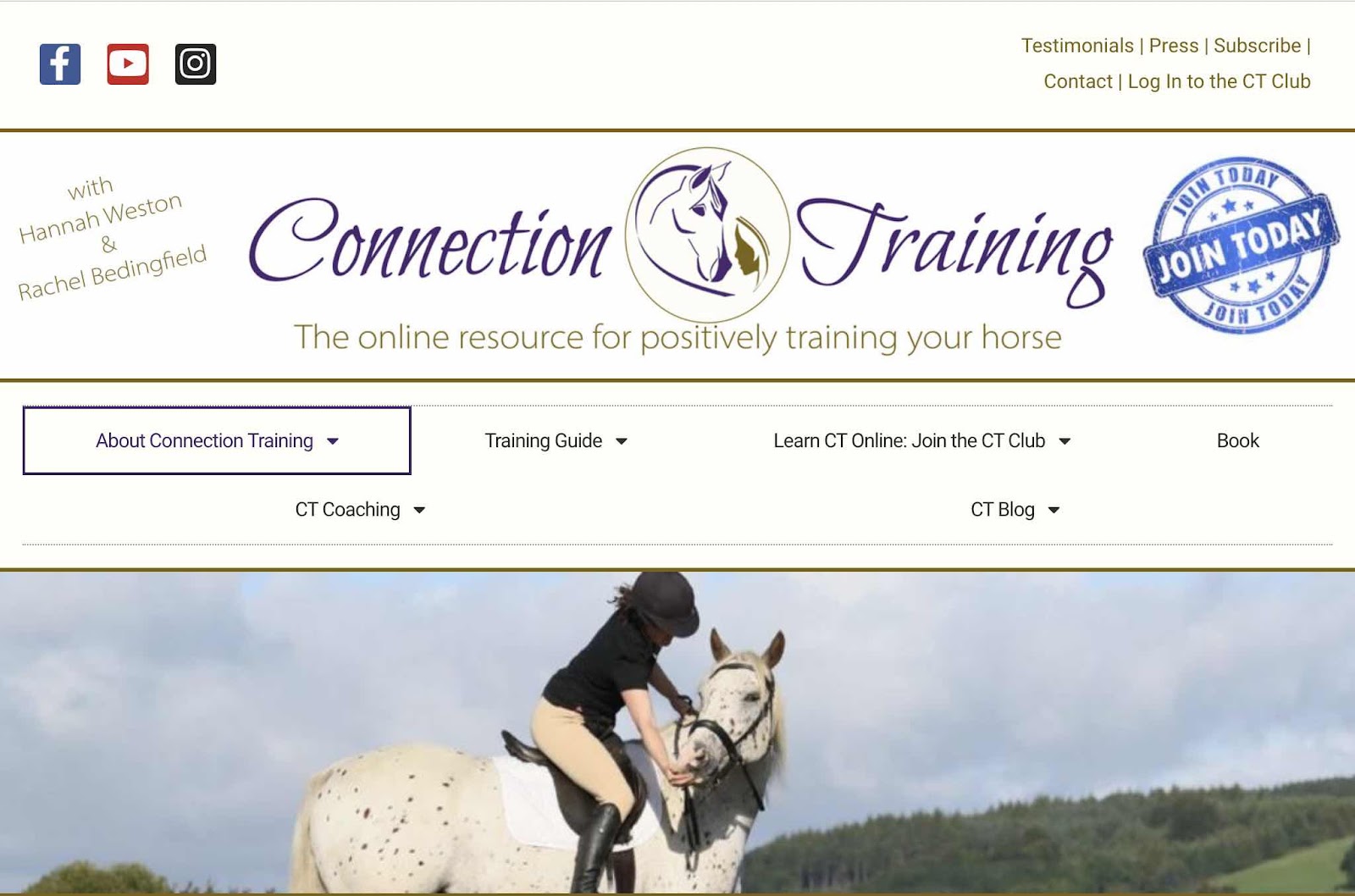